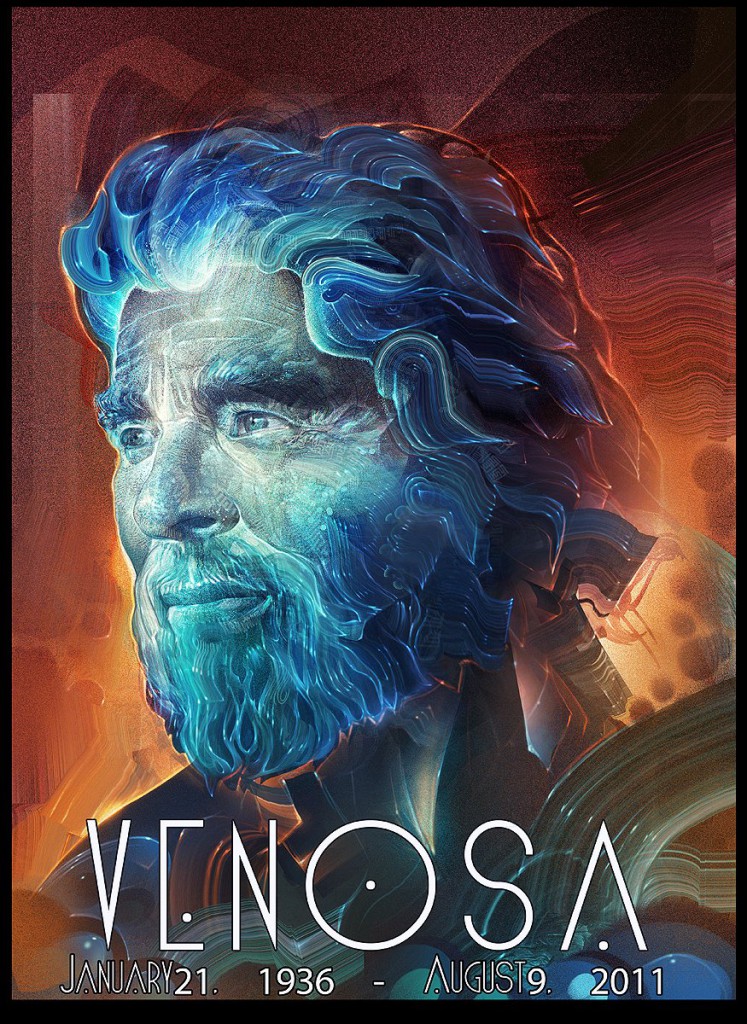 We received sad news from Venosa’s wife, an extraordinary artist in her own right, Martina Hoffmann:

A great soul has completed his earthly journey and graduated to the next level.

His transition was graceful and accomplished in the same composed and calm manner that he exuded throughout his life.

I feel honored to have been able to accompany him to the gate, having walked 30 beautiful years together in this life.

Robert had a long and brave healing journey with cancer and showed incredible strength on this path as well as tremendous courage in facing this great dragon.

He believed in the natural healing ability of the human body and proved the doctors wrong time and again, who only gave him a few month’s to live upon his diagnosis over eight years ago.

He was a powerful human being. Together he and I, held the piece of his physical struggle safely tucked away from the eyes of the world like a precious pearl.

deep gratitude, for his magical and special life; fully lived.

Even in death he gave those surrounding him a powerful initiation into the scared mysteries of the unknown.

We will carry him in our hearts forever, remembering the light he shone on so many. He so appreciated the light that others shone upon him.

In loving memory of my great love, compañero, best friend and artistic accomplice.

Venosa’s passing was later reported in the Boulder Weekly:

In the realm of visionary artists, Robert Venosa stands as a master of both technique and perception. During his long and varied career, the Boulder painter has created numinous, sparkling paintings that have kindled the imaginations of many people and greatly impacted the world of visionary art…