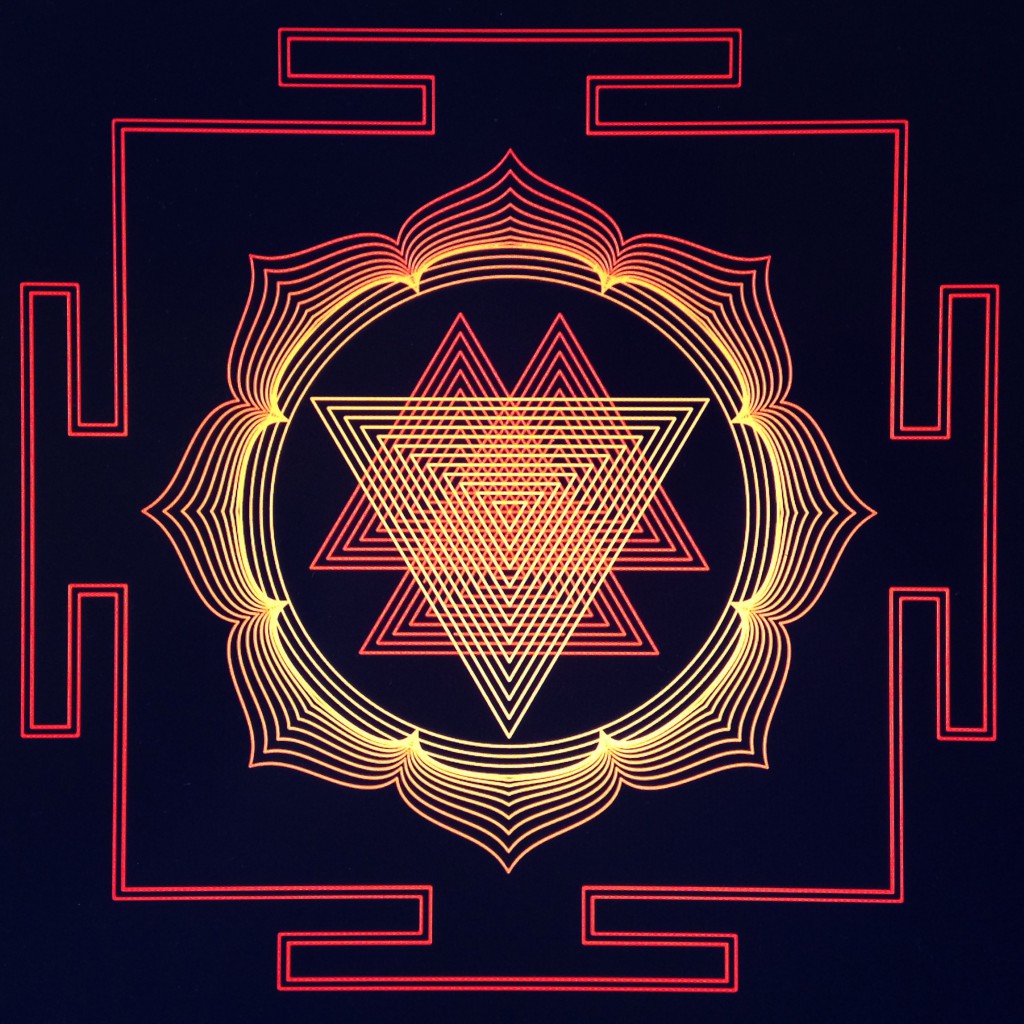 An ancient Indian design rendered with math in POV-Ray

The Durga Yantra is an ancient design, used in Tantric practice as a tool fixing the mind in meditation.

As a mystic symbol, Durga is also known as Adi Shakti, the most primal energy which manifests as the basis of all forms, the fundamental motion of energy, the one behind the many. Adi Shakti is the consort of Shiva, the light of the mind, manifesting as the goddess Parvati.

The central triangles and lotus pattern is generated with math expressions and rendered in POV-Ray. The outer square forms which frame the inner design are known as the Bhupur, or Gate of the Yantra. Though the origin of the image is purely digital, the image was taken off my laptop screen and run through Instagram to give it a more analog feel.